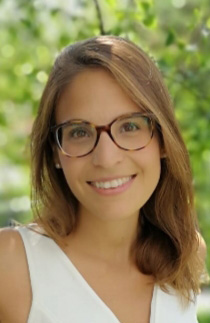 Sabrine Antunes studied law at the University of Lausanne.

In parallel with her studies, Sabrine Antunes worked as a legal trainee at Generali Assurance in Nyon, before starting her lawyer traineeship in Lausanne.

Having obtained her diploma in April 2017, she worked as a lawyer and Head of the Legal Department with two companies in Lausanne, including a debt collection company.

Since July 2019, Sabrine Antunes joined the team of MITREA & ASSOCIÉS as an attorney-at-law.

Her working languages are mainly French and Portuguese.

Sabrine Antunes mainly develops her professional activity in criminal law, migration law and family law, in particular the protective measures of the marital union and the divorce. She assists and represents the clients in front of the civil, criminal and administrative jurisdictions.